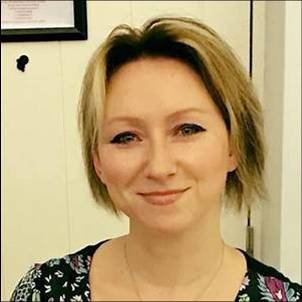 Amanda Jones, Director of the Shropshire Supports Refugees not-for-profit Community Interest Company, says: “Shropshire Supports Refugees has been supporting families resettled in Shropshire since 2016. We recognise that it is not enough to just help these few families to integrate and find their feet in a new country, but that it is our duty to also continue to raise awareness and raise the profile of refugees and asylum seekers who are still stuck in horrific circumstances around the world. Nurturing a celebratory attitude rather than just a ‘tolerating’ attitude is the way that we would like to ensure that the families who are living in Shropshire are accepted and welcomed now and into the future.”

University Centre Shrewsbury, Guildhall, Frankwell Quay, Shrewsbury SY3 8HQ, 7.30 pm. You are very welcome to come for tea and coffee from 7 pm to meet and chat with other members and guests. A voluntary donation is requested towards room hire and refreshments.

Ludlow and Marches Humanists on 19 March: “Losing My Arrogance, a tale in Three Hats”

Ludlow and Marches Humanists: ‘Losing my Arrogance, a tale in Three Hats’. A talk by Andy Boddington, Shropshire Councillor for Ludlow North.

Please note that  this is not arranged by Shropshire Humanists.

Comedy writer and journalist Ariane Sherine created and organised the Atheist Bus Campaign, persuading Richard Dawkins and the British Humanist Association to support her – and buses with variations on the slogan “There’s probably no God. Now stop worrying and enjoy your life” ran in 13 countries across the globe.

As a result, Ariane received an Inbox full of hate mail from Christians, which eventually led to a major nervous breakdown and suicidal ideation. She ended her journalistic career, and didn’t write again for over three years. In this talk, she will tell the full story of how therapy and medication saved her life, prompting her to write her new book, Talk Yourself Better: A Confused Person’s Guide to Therapy, Counselling and Self-Help. Ariane will be signing copies of Talk Yourself Better after the talk.

Ariane also wrote the bestselling celebrity book The Atheist’s Guide to Christmas. She has written for BBC1’s My Family, Channel 4’s Countdown and BBC2’s Two Pints of Lager and a Packet of Crisps, as well as for The Guardian, The Sunday Times, The Independent, The Independent on Sunday, The Observer, The Daily Telegraph, The Mail on Sunday, New Statesman, New Humanist and The Spectator. She lives in London with her seven-year-old daughter, Lily.

Once again, we are opening the floor at our January meeting to all of our members. Anyone can speak for 5 minutes (absolute maximum 10 minutes) on a topic of their own choice that is in some way related to humanism. It can be a personal account or an objective review. The idea is that you talk about something that interests you, and you interest us!  You can use PowerPoint if you wish, but that is not essential. Please email the chairman with the title of your planned talk to prevent duplication.

You are very welcome to come for tea and coffee from 7 pm to meet and chat with other members and guests.

18 October: AGM and video and discussion on Modern Slavery

Our AGM takes place at our regular Thursday evening this month. We look forward to seeing our members and potential members, please come and get involved! The formalities will be followed by a short video on Modern Slavery, and a discussion on the topic.Thursday 18 October, 7.30 pm, at University Centre Shrewsbury, Guildhall, Frankwell Quay, Shrewsbury SY3 8HQ. Voluntary donations requested. You are very welcome to arrive at 7 pm for coffee/tea and to chat to other members and visitors.

17 May meeting: Teddy Prout of Humanists UK on supporting those who leave their religion

Teddy Prout of Humanists UK will be talking about the journey that apostates face when leaving their religion, drawing on the personal experiences of those with whom he works, and his own journey from evangelical Christianity to humanism. He will also discuss the current issues in the UK for apostates, and what Faith to Faithless is doing to help individuals through their own journeys.

Faith to Faithless is a non-profit organisation associated with Humanists UK. It was started in mid-2015 by Imtiaz Shams and Aliyah Saleem to draw attention to the discrimination faced in particular by minorities within minorities, and to give a platform to the faithless to come out in public and speak out against this discrimination.

19 April meeting: Buddhism – is it just a way of life?

The Rev Saido Kennaway will give a talk that will attempt to cover the underlying assumptions and principles of Buddhism, give some sense of its diversity and its religious aspects, and present more specifically the Zen tradition of Dogen and how it points to integrating Buddhist teachings into ordinary daily life.

Saido Kennaway is a Buddhist monk from the Order of Buddhist Contemplatives, which has its roots in the Soto Zen tradition of Buddhism, and he is disciple of the late Rev. Master Jiyu-Kennett. He lived for many years at Throssel Hole Buddhist Abbey in Northumberland and for the last 18 years at Telford Buddhist Priory. 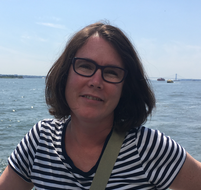 Karen Williams will talk about poverty in our community. She will discuss the reality of struggling to survive and the problems faced by the lower-paid, both in day-to-day living and in dealing with government and other officials.

Karen Williams is Project Leader of Shrewsbury foodbank PLUS, a holistic range of projects that serve our community often when people are at their most vulnerable. Working with the people of Shropshire they offer hope by recognising the value of each individual, enabling them to make positive choices for their future to play a full role in society and see personal transformation in their lives. Foodbank PLUS is part of Barnabas Community Projects of which Karen is a Director.

Karen will be happy to receive donations of food at the meeting.

Anyone can talk for 5 minutes (exceptionally 10minutes) on any subject somewhat related to humanism or just something that’s important to you.

So if something interests or fascinates you – then you have a chance of interesting and fascinating us!

Last year the talks included a range of interesting topics such as assisted dying (by Noel Conway of course), humanist communities, the “Alt-Right” (Trump, Bannon, Putin etc), transgender issues, disability law and humanism, problems at a local faith school, picking up litter and someone read a clever and funny poem.

If you would like to do a short presentation, please email our chair Simon Nightingale chair@shropshire.humanist.org.uk and let him know.

You can use PowerPoint if you wish, but many don’t.