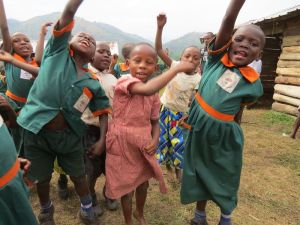 The story of Omushana, Sunshine for Children – a small charity based in Shrewsbury and helping children in southwest Uganda. This illustrated talk will include observations and anecdotes (serious and amusing) on the pluses and minuses of charity and Fair Trade projects in the area. The talk will be given by Gillian Castle, who is a Shrewsbury resident and runs the charity. 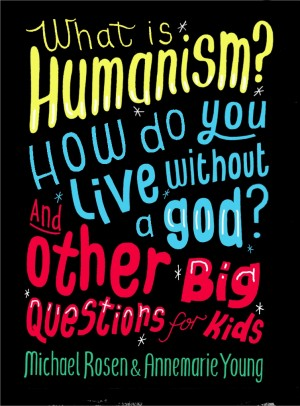 From 21 February, schools in Shropshire will be receiving free copies of What is Humanism?, a new book about Humanism from Michael Rosen and Annemarie Young, after a national crowdfunding campaign by the British Humanist Association.

Humanists are non-religious people who look to science and reason to understand the natural world and who make moral decisions based on empathy and concern for other human beings, rather than instructions found in holy texts.

The new book is the first book of its kind aimed at children, and was published to support teachers who want to explore non-religious ethics and humanist worldviews in Religious Education lessons. It features contributions from popular faces like comedian Shappi Khorsandi, physicist Jim Al-Khalili, actor Stephen Fry, and novelists Philip Pullman and Natalie Haynes, who are all humanists.

This is the first time the BHA has distributed a book to primary schools, and for many schools, it will be the first book about non-religious worldviews in their libraries.

Simon Nightingale is an accredited humanist school speaker with the British Humanist Association (BHA) who has in the past given talks about Humanism at a number of Shropshire schools including Meole Brace School in Shrewsbury, Burton Borough School in Newport and Telford Priory School. He says:

It’s so important that those who live without faith understand where those with faith are coming from. And of course that those with faith understand the basis of humanism. I am particularly keen to address some of the myths about humanists, for example that we are anti-religious; not at all, we are non-religious which is very different and indeed we support the rights of those with faith to live as they wish and we collaborate with other religions and interfaith groups to promote values we share with most moderate religions. Or that living without religion means we have no morals; on the contrary we have strong ethical beliefs based on our innate moral instincts, refined by evidence, reason and understanding each other. Or that humanists are devoid of any spiritual sense and that our lives are without meaning – that too is far from true.

Learning about Humanism helps children, whether they’re religious or not religious, to have a good think about where they get their values from and how they go about making ethical choices. A lot of teachers find Humanism to be a really useful perspective to explore in the classroom because it helps pupils to get to grips with big ethical questions and the wide variety of different religious and non-religious worldviews.”

“Millions of people in this country and all over the world work out their philosophy of life, and how to live, without referring to religion. Schools quite rightly spend a good deal of time and effort exploring the ideas and philosophies of the world’s great religions, but the ideas of humanism, secularism, and atheism are largely ignored. The mismatch between what is believed and what is taught is surely wrong. Our book aims at opening up a discussion about what humanism is, and how people live their lives as humanists. Throughout the book, readers are encouraged to ask questions, in order to help them think for themselves and thus to counter prejudice.”

Simon Nightingale and other humanists were trained as a school speaker by BHA, which also provides teachers with free education resources through its website, Understanding Humanism. Teachers can also use the site to request a free visit from a humanist school speaker.

One of the SHG committee members, Mal Brown, will be presenting a show on making music with instruments made from junk on Friday 22 July at 7.00 at the Theatre Severn, Shrewsbury. Tickets £10, child £5.

A thought provoking performance including musicianship, recycling, creativity, multiculturalism and buckets of fun. Think ‘STOMP’ with melodies and audience participation. Fun for all ages, so bring the whole family and go home with a different view of the world.

All profits go to The Alzheimer’s Society for dementia research. SHG members may remember Mal’s fun presentation to the group at the Lantern last year. His website is http://www.whackitsmackit.co.uk/

Of course, Noah’s Ark is far from unique in the Old Testament in its gruesome depiction of a vicious God. But Noah’s tale is special. It is the only biblical story, violent or otherwise, that has spawned Fisher Price toys and nursery decoration. It has mutated into shape-sorters, jigsaws and birthday cakes. This act of vengeful genocide has somehow morphed into the bedtime reading of toddlers. Playmobil doesn’t do crucifixions or stonings or the serving of men’s heads on platters. It doesn’t even make playsets for the happy miracles like the curing of the sick or multiplying loaves and fishes. Noah’s Ark, however, with its cute pairs of animals lined up in an orderly fashion to board the cruise of their lives, is the ultimate wolf in sheep’s clothing.

The story’s unique status as fun cuddly kid’s yarn means that it holds the dubious honour of being the Bible text most often given as a present by religious relatives to the children of atheist parents. The pious relatives will typically smile sweetly as your offspring unwrap this faith-filled Trojan horse of a picture book or wooden toy whilst holding their best “butter-wouldn’t-melt-and-I-haven’t-just-tried-to-introduce-religious-material-into-your-home” look. 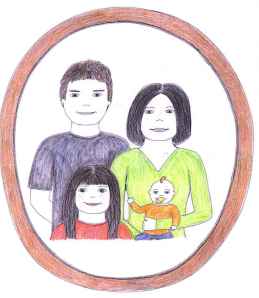 I’m a member of the North Staffordshire/South Cheshire Humanist group.

I have written three books for children, that could also be read with parents or teachers, to give a humanist perspective on three main events in our lives – a  baby naming, a wedding and a funeral. They are centred around a girl called Rosie and her family and friends.

The books show from a young person’s perspective how these events in life do not need a religious element to have value and meaning. I wrote the stories as an alternative to the many religious children’s books dealing with these events.

The books are available from the BHA (and are shown on their website) or at Oakes Bank Publishing.